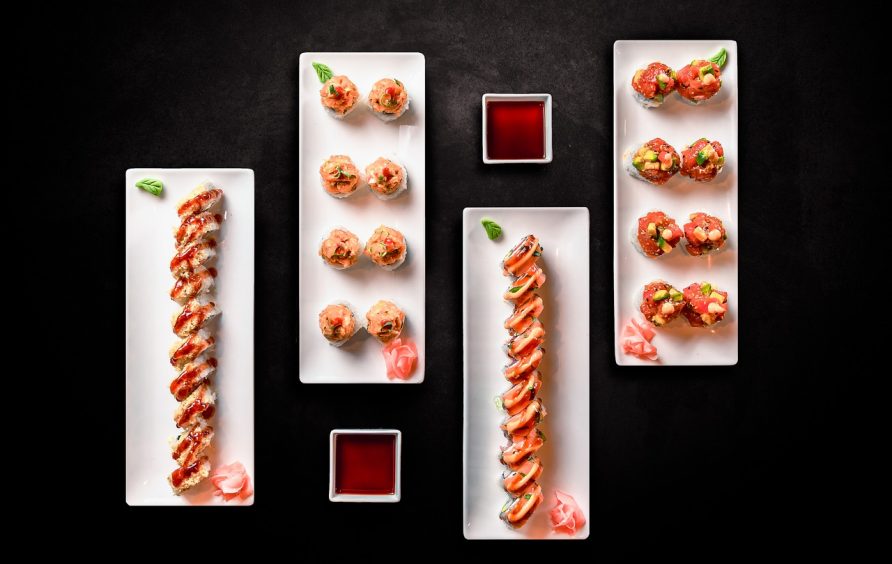 Not only is Maneki famous for its food, but in its 113-year history, it’s got some crazy stories to tell. Back in the 1930s, one of Maneki’s dishwashers was Takeo Miki, who you may or may not know as a Japanese politician who served as Japan’s Prime Minister from 1974 to 1976. For a restaurant that dates back to 1904, this is a place where great memories have been formed over spectacular sushi. One reason Maneki has remained relevant for over a century is due to the extremely high-quality sushi that it has consistently served and continues to serve today. The sushi is high-quality and affordable, and portions are generous. If you’re a regular here, you’ll recognize the lady behind the bar, someone who’s been pouring drinks for half a century. If you’re in Seattle, make sure you make Maneki one of your stops if you’re looking for great sushi.

Michelin-star chef Takeshi Kawasaki is not only the head chef of Maru Sushi in Honolulu, but also its owner. Kawasaki first made a name for himself in the 1980s for running a Michelin-starred restaurant of the same name in Sapporo, Japan. That restaurant is still going strong today but is ran by Kawasaki’s son. Maru Sushi’s Honolulu location was born out of Kawasaki’s desire to live the laid-back Hawaiian lifestyle while remaining busy instead of retiring. His decision to open a mirror copy of his original restaurant in Sapporo has been a blessing for local sushi lovers, as Hawaii is known for its high Japanese population and for its abundance of fresh fish. While Maru Sushi Honolulu is not Michelin-starred, Kawasaki has made an effort to keep the location as similar as possible to his location in Japan and has shipped in many essentials in from Japan. Maru only offers two seatings nightly for its omakase, so make sure to book in advance. Here’s hoping the laid-back Hawaii vibes doesn’t spark a full retirement any time soon!

Located on the fourth floor of the Time Warner Center in New York City, Masa is considered one of the world’s most expensive restaurants in the world, as well as the most expensive restaurant in New York. The restaurant made headlines in 2016 when it raised menu prices to accommodate the elimination of tipping. At $599 a person before tax, alcohol, and extras, a dinner for two would cost over $1300! With that being said, Masa Takayama is one of the world’s finest sushi practitioners, and when you’ve been bestowed with three Michelin-stars, demand is going to be there regardless of the price of the menu.

Masa Miyake has been a staple in the Portland sushi scene for more than a decade. During this time, it has established itself as a premier sushi restaurant that could hold its own in any large sushi market in the world. The creations here are different than what you’d normally expect at typical sushi restaurants. For example, a lobster roll is performed with truffle oil and wrapped in spicy mayo in black sesame soy paper, but that just adds to the allure of this restaurant. While it’s an omakase restaurant, there are options for those that don’t want to go full omakase, with a four-course tasting menu available.

In a city known for its over-the-top flashiness and bright flashing lights, Mizumi represents the polar opposite. While the restaurant does have an aura of opulence, you’ll feel like you’re transported to a whole other city once you enter Mizumi. The restaurant is all sleek wood, and the room opens onto a lush Japanese garden and 90-foot waterfall. Don’t worry, behind the style is plenty of substance as well. Mizumi is known for its ocean-freshi sushi and sashimi, and also offers many traditional Japanese specialties as well depending on your appetite. Other dishes include Jodiro chicken, Maine lobster and Alaskan king crab, all of which are fired over an authentic Japanese charcoal grill.

Morimoto, located in Philadelphia, is as famous for its sushi as it is for its Iron Chef owner. Owner Masaharu Morimoto is best known as an Iron Chef on the Japanese TV cooking show Iron Chef, and while he seldom spends time anymore in the kitchen at his Philadelphia restaurant, you’ll find some of the countries freshest sushi available at Morimoto including the standout toro to yellowtail tartare. Omakase is the restaurant’s mainstay, and Morimoto’s chefs will course after course of a combination of mainstay and exotic fishes to test your taste buds.