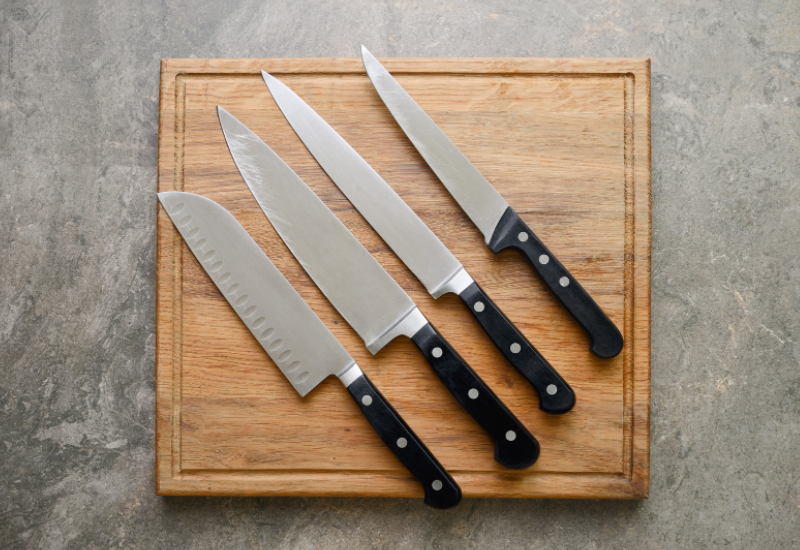 Specifically, when it comes to cooking, finding a left-handed tool can be a challenge. However, in the world of Japanese cuisine, Japanese food head chefs are experts come from various destinations, are born with different talents, and own unique skills. Although they would have to go through numerous levels and stages of practice and challenges, not all are right-handed. Some amazingly talented and devoted Japanese food chefs are left-handed, too.

In Asia, the majority of the population is right-handed, which is the opposite of what’s true in the West. Western chefs can easily find left-handed tools and equipment, so that would not be a problem. However, as earlier mentioned, the majority of Asians are right-handed, so Asian food and the tools required to make them may not be of much variety. In the case of Japanese delicacies and culinary arts requiring intricacy and delicate processes, having both left-handed and right-handed tools is important – as variety opens up opportunities for everyone to showcase their skills, enjoy the bliss of the Japanese culinary traditions, and craft Japanese delicacies with ease.

Cutting, slicing, filleting, and chopping a wide variety of ingredients will not be as easy as it sounds. As a left-handed person, it is essential and highly crucial to have a perfect Japanese knife, a left-handed one, that fits perfectly in the hands – ready to perform all kinds of techniques to master all Japanese traditional dishes and delicacies. Left-handed Japanese knives are forged by many Japanese knife brands, but not all are marked as high-quality ones. The following are some of the recommended left-handed knife brands and series left-handed cooks and knife users may want to take a look at.

Made especially for left-handed individuals, this is a professional Japanese knife used by many head chefs and culinary experts throughout Japan. There are left-handed versions of Santoku, Gyuto, Chef’s Petty knife, and Chef’s Slicer (Sujihiki). Forged with IK-8 special stainless steel, Sabun High-Carbon MV Stainless left-handed knives are trusted as they are forged by highly-skilled craftsmen to provide blade efficiency, rust resistance, and blade durability.

As one of the most popular Japanese knife brands worldwide, Sakai Takayuki also offers left-handed knife models. However, the Tokujyo Supreme is among the best. This left-handed series comes in a variety of knife types like Deba, Fuguhiki, Usuba, Yanagiba, and Peeling knife. Made to put soft kitchen knife iron on Yasuki’s traditional Nihonko or Hagane – Shiroko / White Paper No.2 steel, it is used for a very long period of time in Japan. Known to provide excellent edge retention and extreme sharpness beneficial for the crafting of Japanese delicacies, Sakai Takayuki’s Tokujyo Supreme left-handed knives are indeed must haves for left-handed knife users looking for their best blade companions.

As these two brands top the list of high-quality Japanese knives often used for sushi and sashimi dishes, it is no doubt that their left-handed knife series would run out of stock quite easily. Handcrafted and forged with a passion to showcase Japan and its cultures through the blade bodies, despite these knives being ‘special’ and ‘unique’, left-handed versions offer opportunities for everyone with a ‘dream’ to explore their skills and talents without borders.