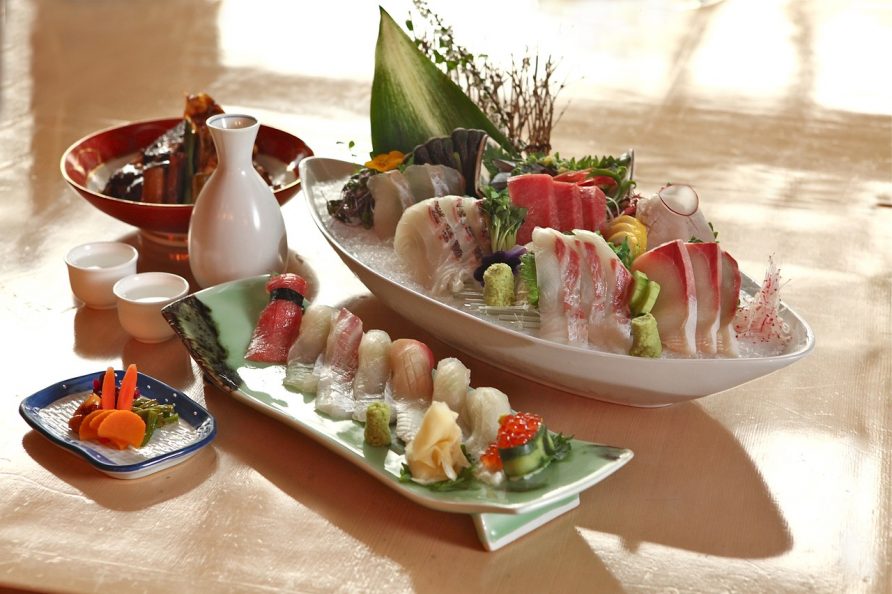 Omakase is a Japanese tradition in which you let your chef choose your order. While it may sound like an ancient tradition, omakase is a fairly recent concept, said to originate at sushi restaurants where the term was popularized in the 1990s.

Prior to the 1990s, sushi restaurants were quite pricey and out of the budget of most people. Gourmands who really knew and appreciated the ins and outs of fish enjoyed the artisanship of sushi, and they would eat sushi without drinking much alcohol out of respect for the skill of sushi chefs.

The sudden wealth of many lower-income Japanese due to Japan’s bubble economy brought many newcomers to sushi shops which were once reserved for wealthier clients. These new customers along with their newly found wealth, were unfamiliar with the culture around sushi, but would nevertheless dine at high-end sushi restaurants. What was once inaccessible to them, was now easily available, and while most may not have known much about fish, they knew the food was exquisite and wanted to try different kinds of food and liquor.

As a result, the sushi culture completely changed in response to the new consumer demographic, and many popular Japanese side dishes and sake were added to the menu of many sushi restaurants. Consumers were happy to see familiar menu items at sushi restaurants, but they mainly went to sushi restaurants to try sushi. As they didn’t know much about fish, restaurants saw there was a need for a way where these new customers could order and save themselves the embarrassment of not knowing the names of different fish. To help these customers save face, “omakase” was born, and this allowed people to place an order and leave it to the chef.

Today, omakase is a traditional Japanese dining experience in which the chef prepares a meal tailored to your preferences. It’s considered to be a very intimate experience, and best thought of as a verbal and non-verbal dialogue between the customer and chef. The food prepared is based on price, availability, taste, and seasonality. If this concept is hard to grasp, a comparable concept in Western cuisine would be a tasting menu, where a collection of several dishes is served in small portions as part of a single meal.

The word omakase is short for “omakase shimasu”, which translated to “I trust you”. Omakase requires a customer who is open to trying new experiences and feels comfortable with the chef. They must be vocal about what they like and don’t like, or what they can and cannot eat.

When omakase is mentioned, it most often refers to sushi, however non-sushi items such as tempura, tofu, salad, and soups can also be part of the omakase experience.

What to expect in Omakase

At omakase restaurants, you’ll typically be sat at a sushi counter, directly facing a chef. Depending on the chef, you may be having a full conversation, or it may be quiet. Meanwhile, the chef will be preparing their workspace and start to prepare your appetizer. During this whole experience, you’ll notice the sushi chef never appears idle, and is always working with their hands on something. They focus on their task and are never distracted by conversations going on around them, even if they’re directly engaged in those conversations.

Folded napkins to place on your lap are uncommon at omakase restaurants, but there will be a warm towel for you to wipe your hands. While you may be used to chopsticks when eating sushi, in omakase, you eat the sushi directly with your hands. It’s not a requirement to use your hands, so if you’re more comfortable using chopsticks, then feel free to use them. Omakase is not so much about traditions and rules, but about having more intimate dining experience.

If you have allergies and dislikes, you should bring it up with the chef as soon as possible.

To start, the chef will typically serve an introductory dish before getting into the sushi. In Western restaurants, miso soup is usually served prior to the sushi, however in Japanese culture it’s supposed to be served at the end of the meal. The introductory appetizer dish will be something like, such as tofu or a salad.

That’s it for Part 1 in ‘What is Omakase’. In Part 2, we’ll continue discussing what the rest of the omakase experience is like.